Well done to two of athletes who took part in Dublin Marathon at the weekend . Dessie Green earned himself a pb with a great 3.21.32 as he raised money also for Titanic Tigers special olympics team .

Dessie (left) with a well earned after race pint

Gerry Kingston also took on the streets of Dublin a week after the Mourne Skyline and showed great strength to get round in 3.32.07 after suffering a few side effects from his mountain exploits the week before . 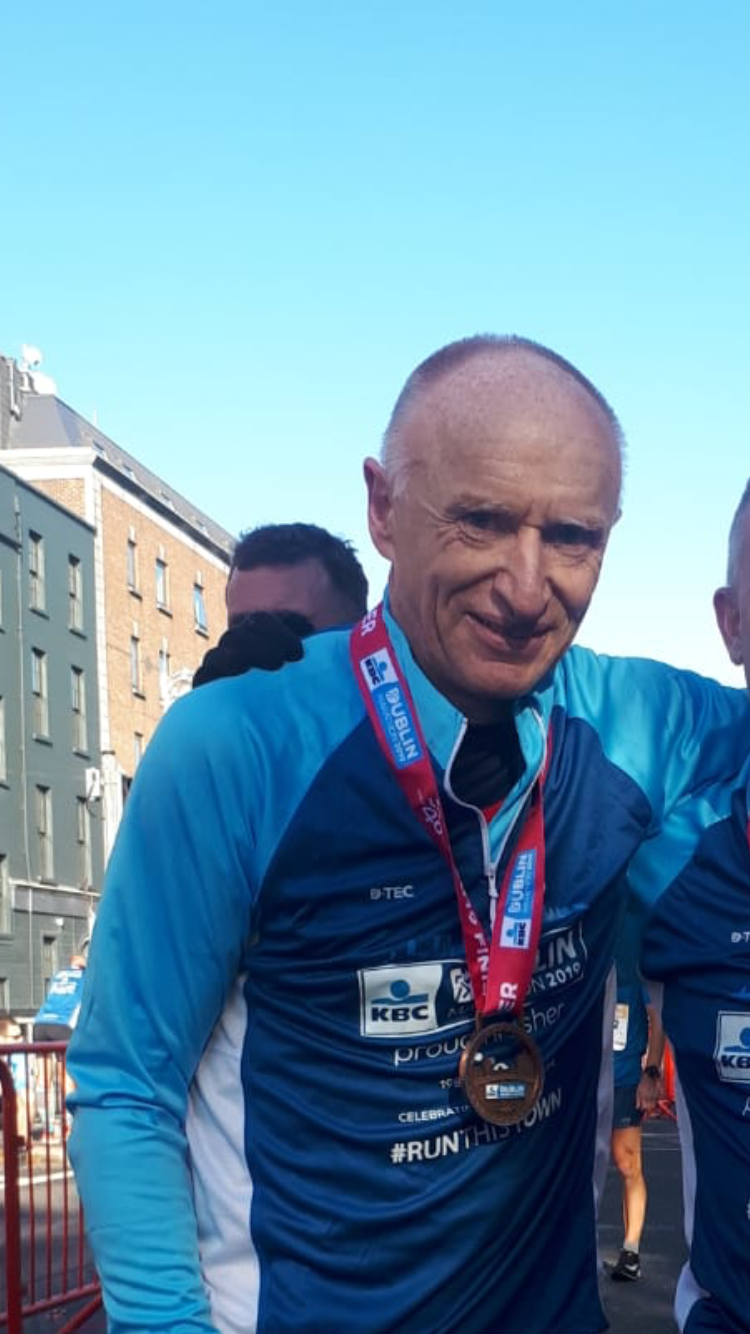 Gerry with his Dublin memorabilia