Eleven BARF runners took to the hills in Tollymore forest on Thursday for the second race in the series . Alan Ritchie showed no signs of tiredness after Connemarathon Ultra last week and was first in for the club in 36.17 . Strong running by all club members and they must have left everything on that wee slope to the finish line as I was informed they were too tired to take a group photo this week . Another good club turnout and great effort by all.Photos from race can be found here.https://www.facebook.com/johnewingphoto/?refid=12
Pic in report by John Ewing shows Jim Brown on the final assault with Declan McGrellis chasing hard behind . 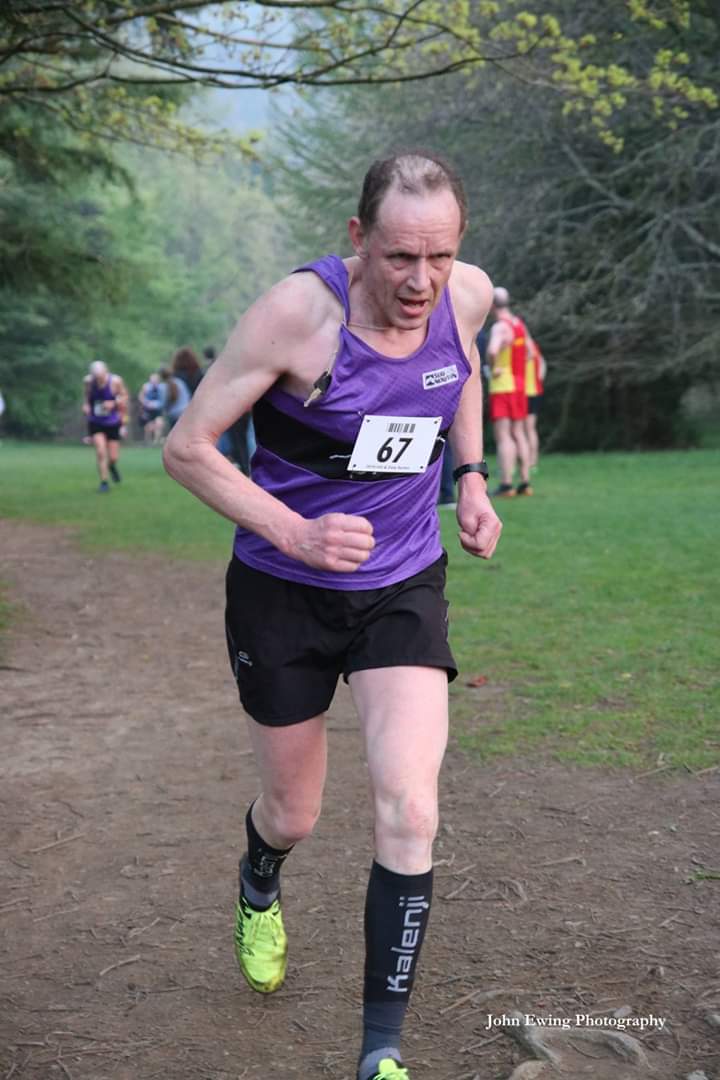