I used to admire those Purple People from a distance. I marvelled at the way they shone with such vibrant health. They never seemed to sweat. They were so smooth even the wettest peat refused to stick to their legs. I would end races bedraggled, puffing and drenched. If I joined the world of BARF would I too glide serenely across the Fells of Ulster ? But what if they were some strange cult ! A coven of purpley mudclaw clad witches and wizards. But I was drawn into the vortex. For years I resisted. Intimidated by words like “Ultra” and “Run”. Then the shadowy Aaron Shimmons whispered in my ear, “Just joining BARF will make you quicker.”…. “It’s magic” he said as he sat hunched and muttering over a boiling pot of frogs. I took the plunge. I even enjoyed the blood letting initiation under the full moon on the summit of Donard. As the BARF members danced naked around me I at last felt that sense of brotherhood that had been missing from my life.

The Seven Sevens on August the 1st 2015 would be my first outing as a BARF member. On the day of the event I felt a strange spiritual tingle. I had done no extra training but I managed my quickest time ever for the event. Those incredible men and women of BARF were right. Results don’t lie. I had entered their mystical world with, literally, a skip in my step. “Welcome to BARF said their hooded leader. The benefits are vast …. we will reveal to you the many secrets… as long as you pay your annual sub … and you will learn from the Great Masters of the Bog …. but …. don’t ever try to leave !!!” 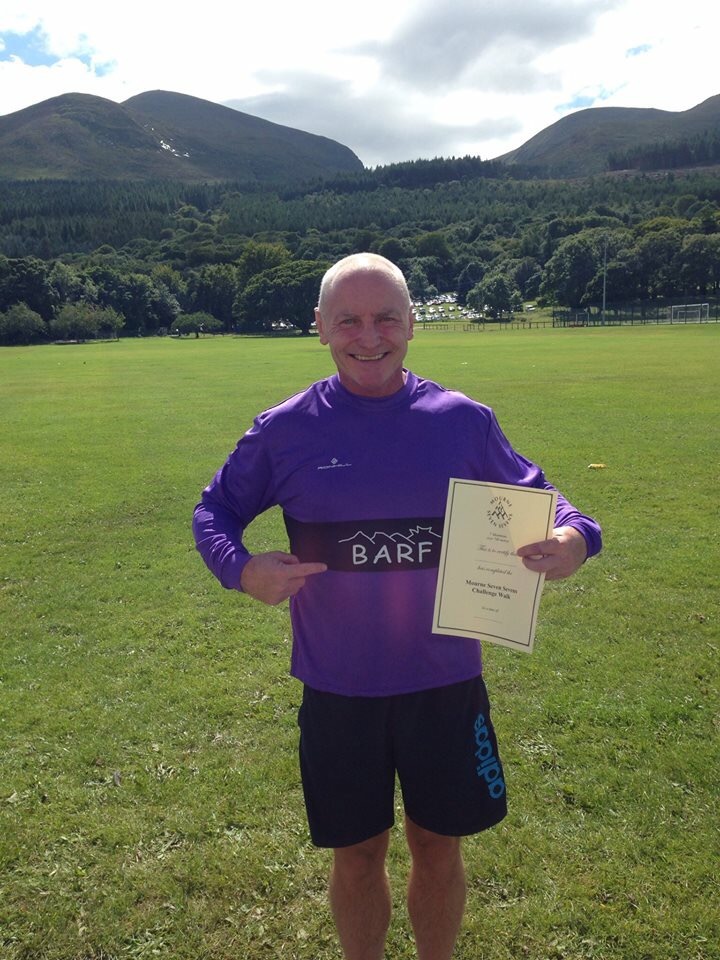