Thursday evening runs for January. All welcome , suits all levels of fitness. Time to start thinking of getting fitter for the summer season.

All starting at 7.15pm . Trail shoes and head torch required.

All around five to six miles.

Hope to see as many there as can make it, numbers have been low of late , reminder the hard part is getting out the door.😄 New runners always welcome !

Christmas time is usually a time for a lot of runners to ease off a bit and take it easy but not for Barf athlete Philip Ward . Top of his Santa list was for more marathons and Santa truly delivered . 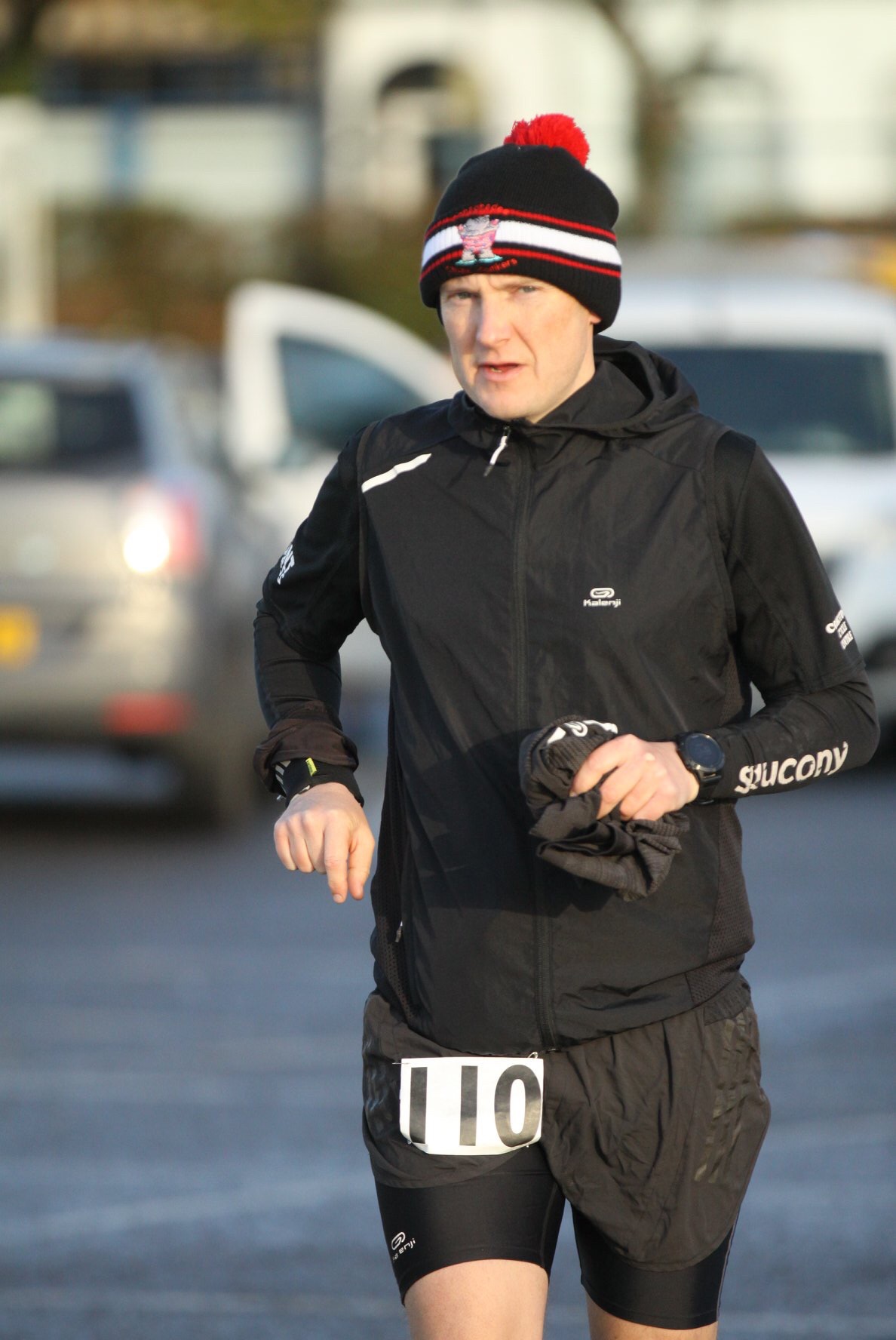 Black eye Friday in December saw him take on the East Antrim Marathon Series Black Eve Marathon which he completed in 4.19 .

On December 30 th he again headed for the East Antrim Marathon series for back to back marathons and completed day1 in 4.18 and day 2 at Monkstown Wood in 4.39 which was a hilly loop with some ice to contend with .

Philip then decided to start 2020 where he had left off in December by heading for Run Armagh and their Beat the January Blues Marathon yesterday morning and completed it in 4.31 . Great running all round ! Well done Arf ! Arf !

On New Years Day the annual Race over the Glens took place at Glenariff Forest Park and saw over 400 runners toe the line for this tough but scenic 9k trail race. Two of our athletes were in action with Alan Ritchie coming home in 21st overall in 40.06 and Geoff Smyth in 59th in 43.34 . Well done to both . Arf ! Arf ! 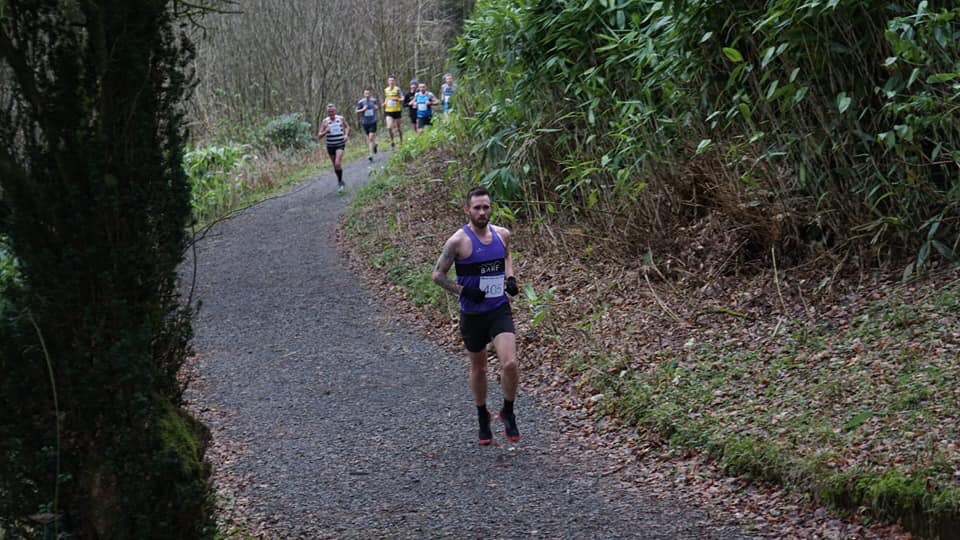 This years Cracker took place on Saturday 28th December with the weather looking fine for this time of year . Over 700 pairs lined up this year to take on what would be a tough but enjoyable course in and around Castlewellan and the stunning forest park trails . 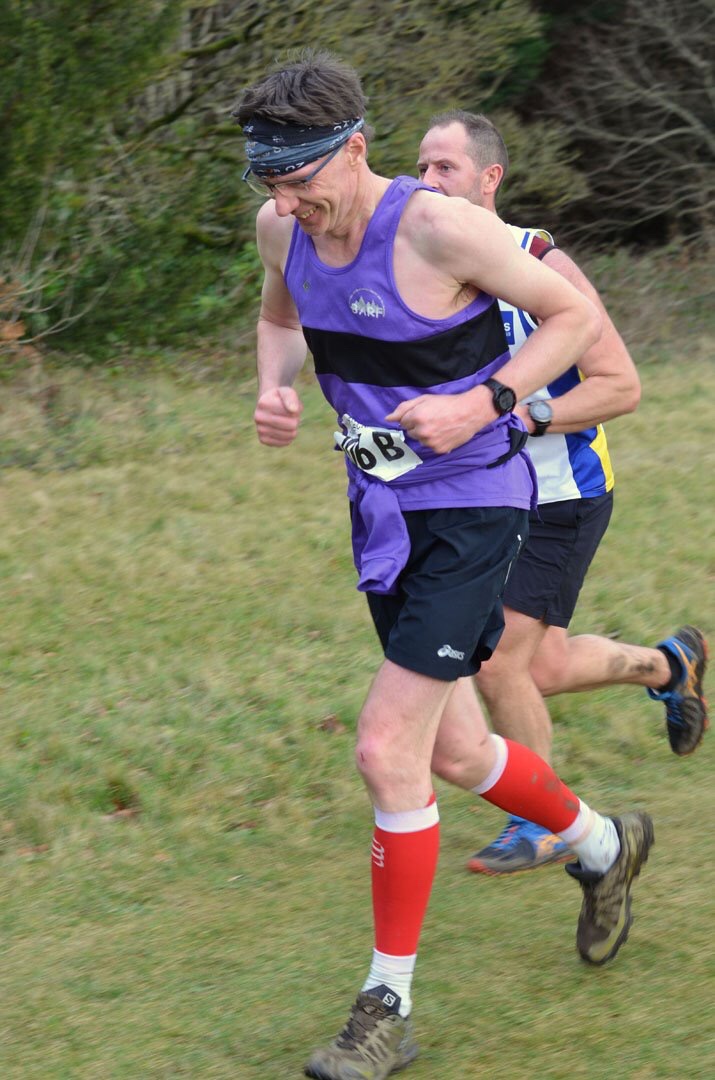 There were a number of runners representing BARF on the day . Paddy Mallon and his partner for the day Jamie Thin came home in 1.14.53 followed by Jim Brown and Dominic Mc Greevy in 1.16.51 then Rónán Davison-Kernan and Paul Conway 1.17.01. Geoff Smyth and Natalie Bowbanks went for the fancy dress option as pizza and beer combo and got round in 1.28.14 . Well done to everyone Arf ! Arf ! 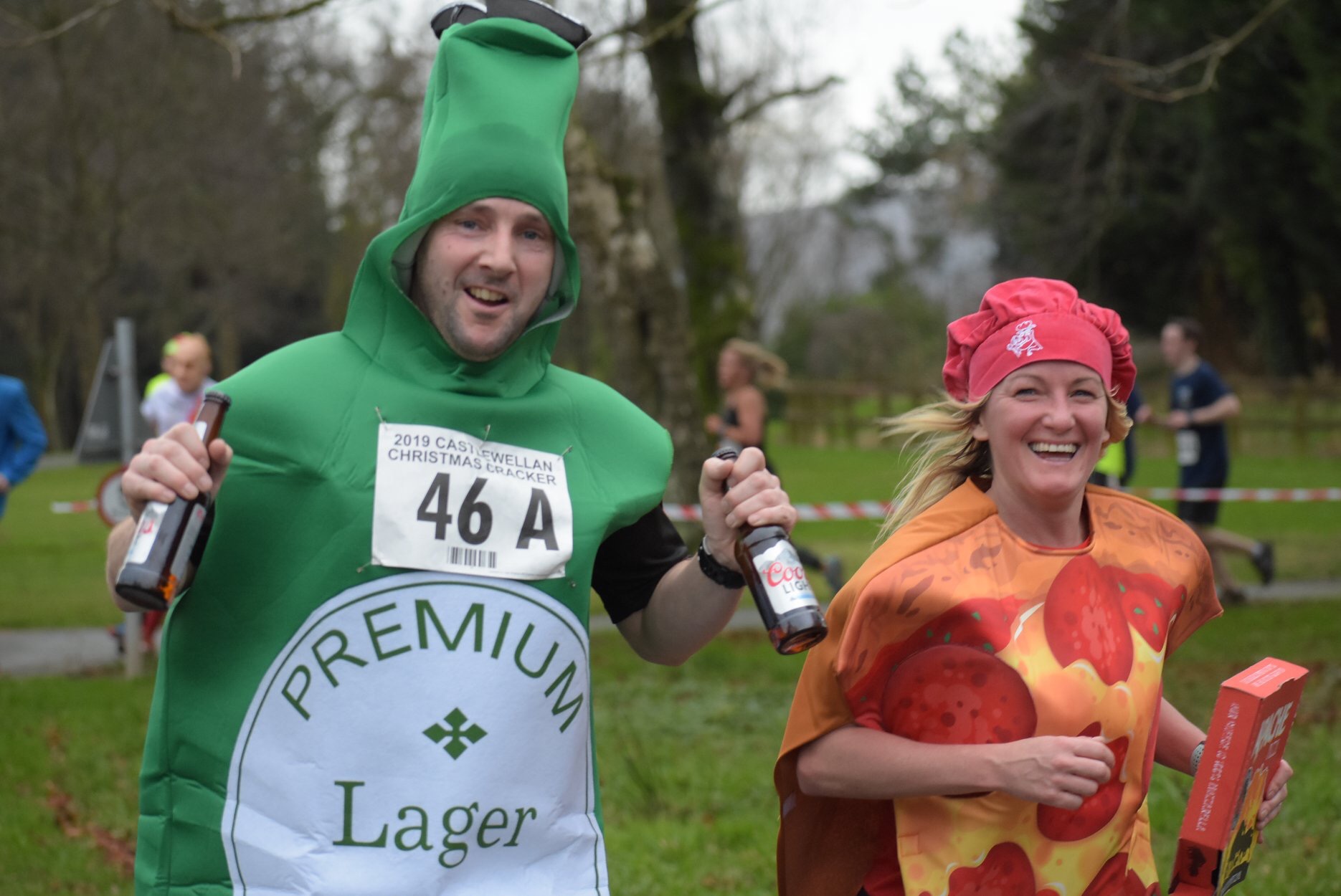 Geoff and running partner Natalie in disguise at the cracker . Pic by G McClure

As you would have seen before our club runs the Boxing Day Turkey Trot so a big thanks to all our members and friends who helped out on the day .

Rónán Davison-Kernan was first home for our club also on the day with a strong run in 1.05.42 followed by Trevor Wilson in 1.17.33 who also added to his parkrun tally over the festive period . Peter Mc Clenaghan finished in 1.25.54 and Andy Bridge in 1.27.43 . 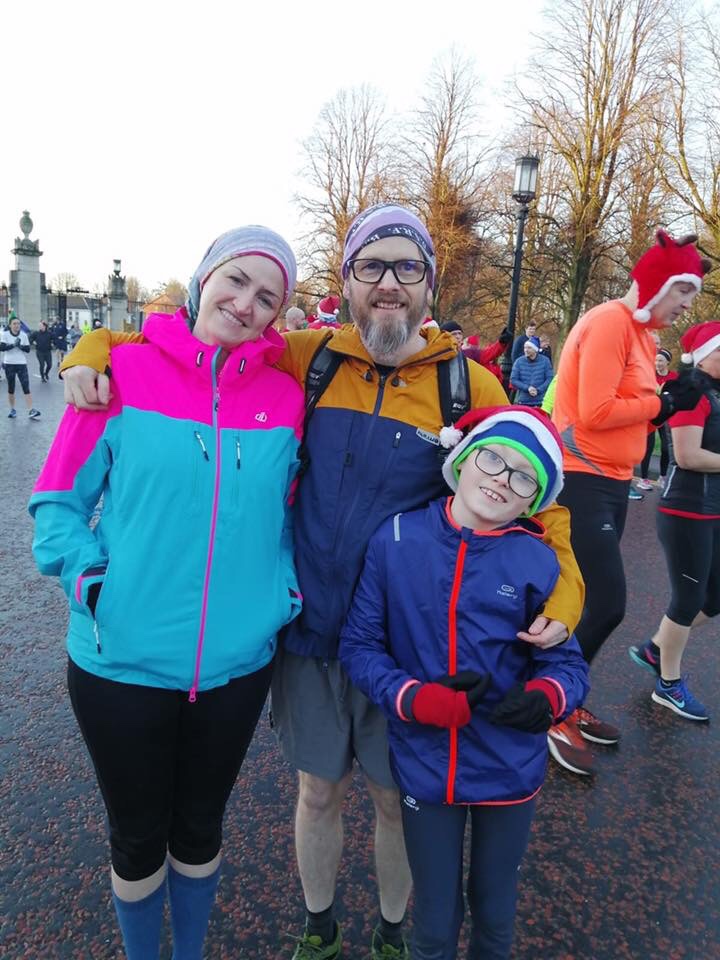 Mark Hopkins and family at the Christmas Parkrun

Mark Hopkins and family also decided sitting eating turkey for days wasn’t a wise thing to do and they got themselves out for a few festive Park Run sessions . 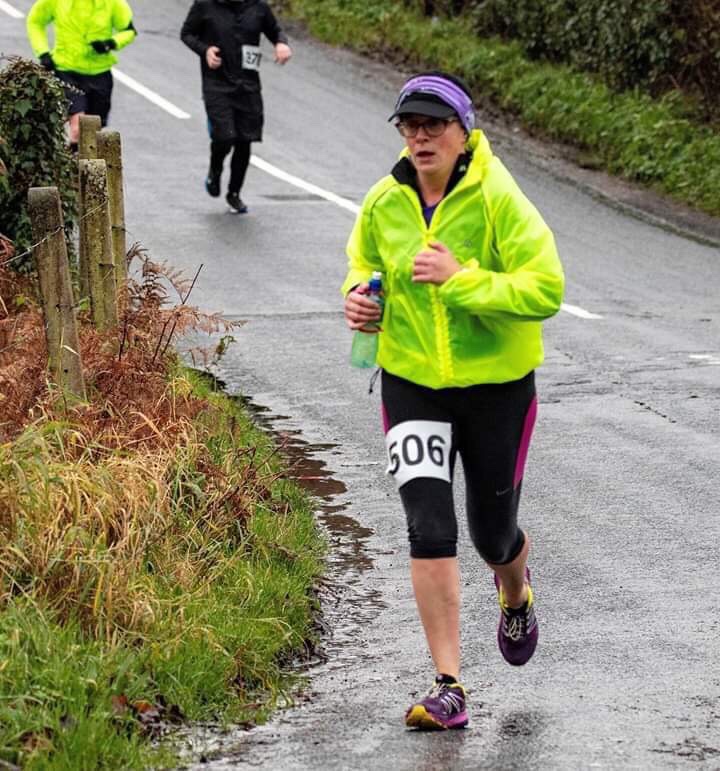 Denise O’Hagan was also in action at the Brocagh Bay 10 k on Boxing Day going round the tough course in under 60 mins .

Great to see everyone out and about , well done folks . Arf ! Arf !

Boxing Day saw Barf athlete Aaron Shimmons take on the Greencastle 5 mile road race in testing conditions . He went through 5 k in 18.41 and continued to look strong finishing in 32.44 as he continues his prep for his early 2020 goals . Well done Arf Arf ! 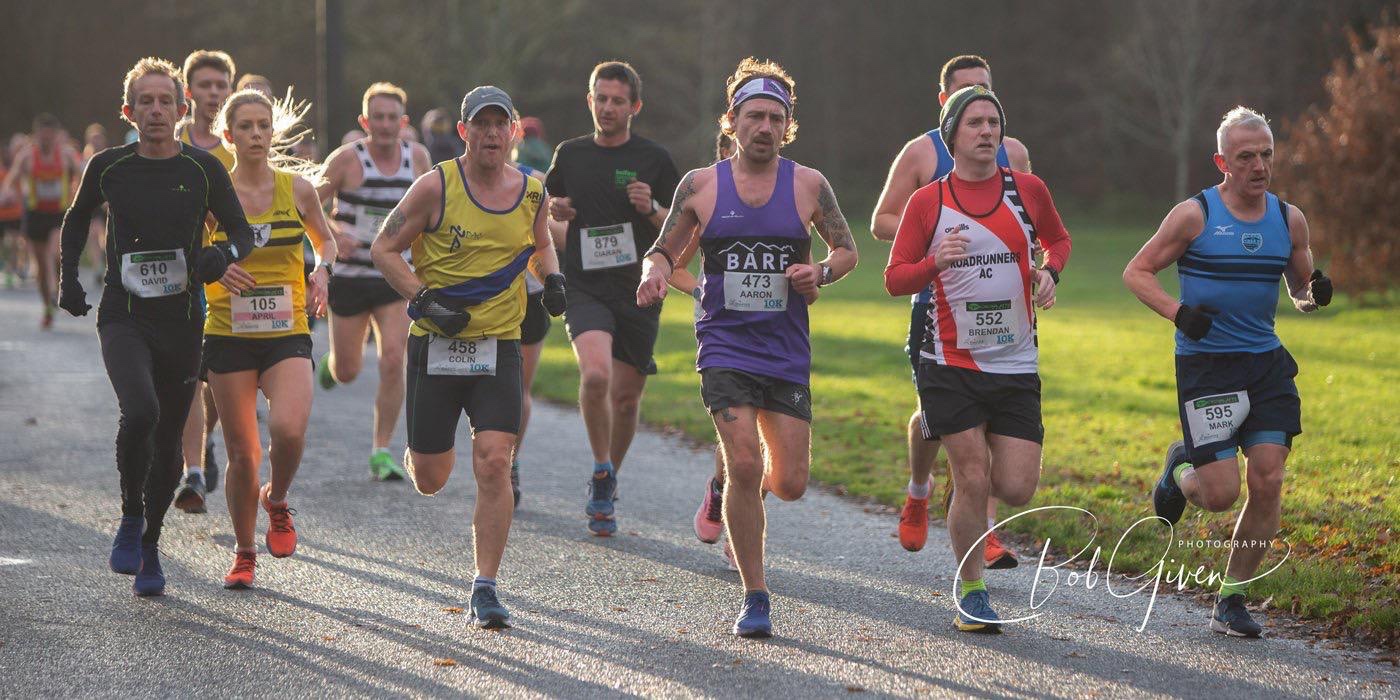 The Turkey Trotters had to contend with a grizzly Boxing Dayas low cloud, rain and strong winds made for difficult conditions on the hills. The shorter course had to be used for safety reasons with an out and back route to the Hares Gap via the Trassey Track and Tollymore forest paths.

Seventy Two hardy souls turned up, including last year’s winner Seamus Lynch keen to retain the Martin Mc Mahon Trophy, Paul Pruzina looking to win it for a second time, and Eoin Lennon, who improves every year looking for a first win. Megan Wilson looked like the likely winner of the ladies race but there were a few with other ideas.

At this stage I should mention all the marshals and helpers who volunteered for an uncomfortable couple of hours work in rather hostile conditions. If it wasn’t for their good natured determination and support on a bad day this event couldn’thappen.

The pace was as fast as ever through the forest and the climb up the Trassey track turned out to be more entertaining than usual with a torrent of water flowing along it at one point and knee depth river crossings at other points. Higher up the glen the water poured out of every fisher in the ground and the climb to the Hares gap was slippery and mucky.

Eoin Lennon had established a short lead over Seamus Lynch with Paul Pruzina just behind. There was a bit of a gap to the next group which included Andrew Tees, Adam Cunninghamand former winner and now vet 50 speed machine Neil Carty. Megan was leading the ladies but Lisburns Karen Wilton was not far behind. 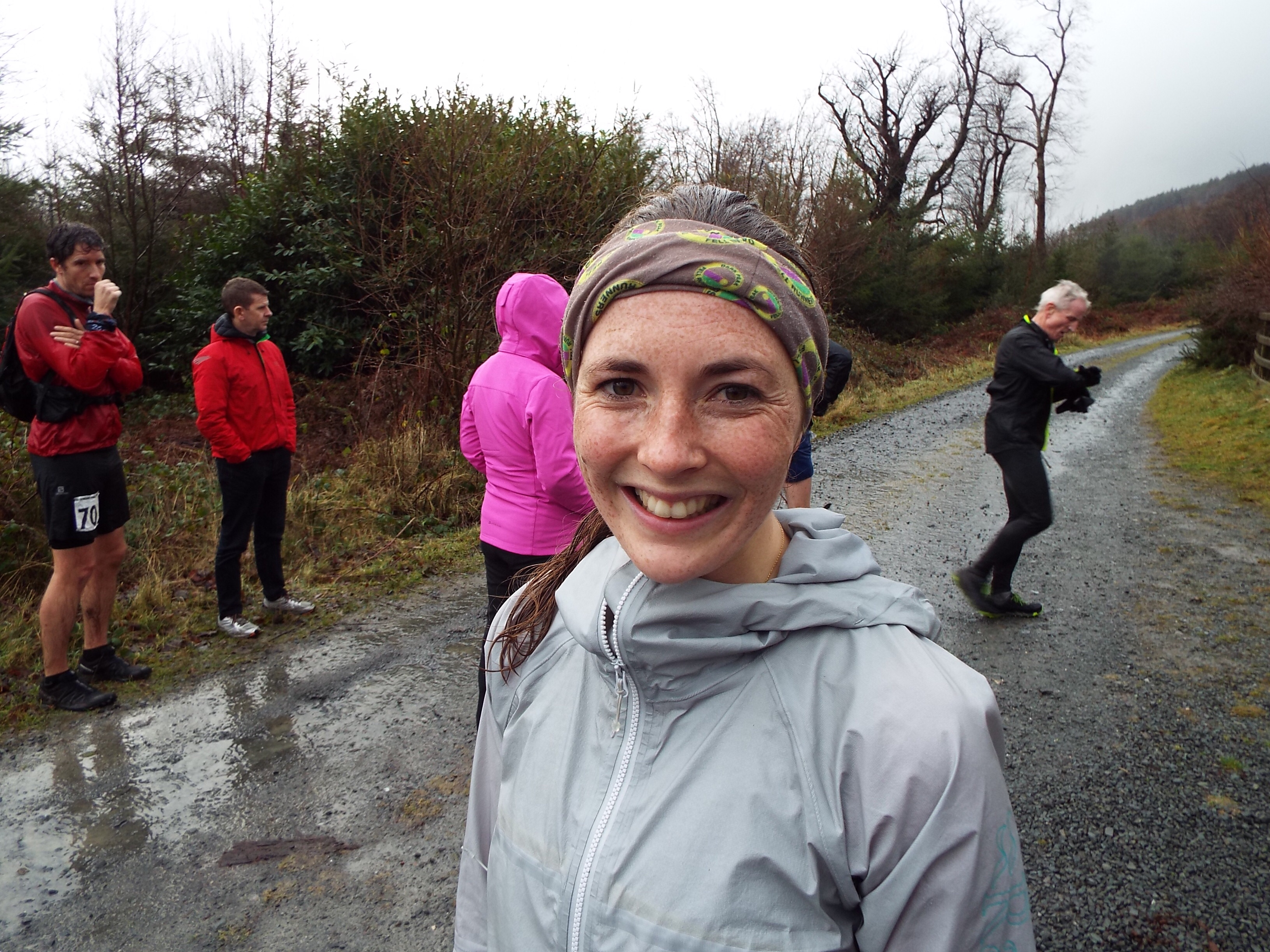 The run down from the Hares gap was treacherous and resulted in a few cuts and gashes and the rough Trassey Track tripped up a few but before long everybody was making their way through the foaming leg washes of the overflowing rivers which resulted in the greatest array of shiny white legs with goose bumps that I have ever seen at a finish line. What was I reminded of? Ah yes..Turkeys!

Eoin held onto his lead and claimed the Turkey Trot title for the first time just ten seconds ahead of Seamus with Paul a further fifty seconds adrift.  Fastest  vet in  7th place overall was nifty  fifty plus Neil Carty and Megan Wilson won the ladies title with a couple of minutes to spare over Karen Wilton and Karalee Mc Bride.

The prize giving was held in the Outdoor centre where everybody enjoyed the food provided by Barf club membersand the generous selection of prizes were distributed. Paddy Mallon entertained with his spot prize quiz then it was time to tidy up and wish all a happy new year and good running until the Turkeys gather again next year for whatever the elements the season decides to administer.

Barf athlete Peter Thompson and his family have set off in their camper van in a trip around Europe for the next few months . He decided to kick off this tour with a mountain ultra , in typical Barf fashion , as you do . They made their way to Chiva just outside Valencia to take on the 61 k Carrera X Montana mountain ultra with 3000 metres elevation thrown in . His training for this race certainly paid off as he finished in 7 hours 22 mins for a fantastic 21st place overall in his first European Ultra . Well done and enjoy the rest of your adventures! Arf ! Arf ! 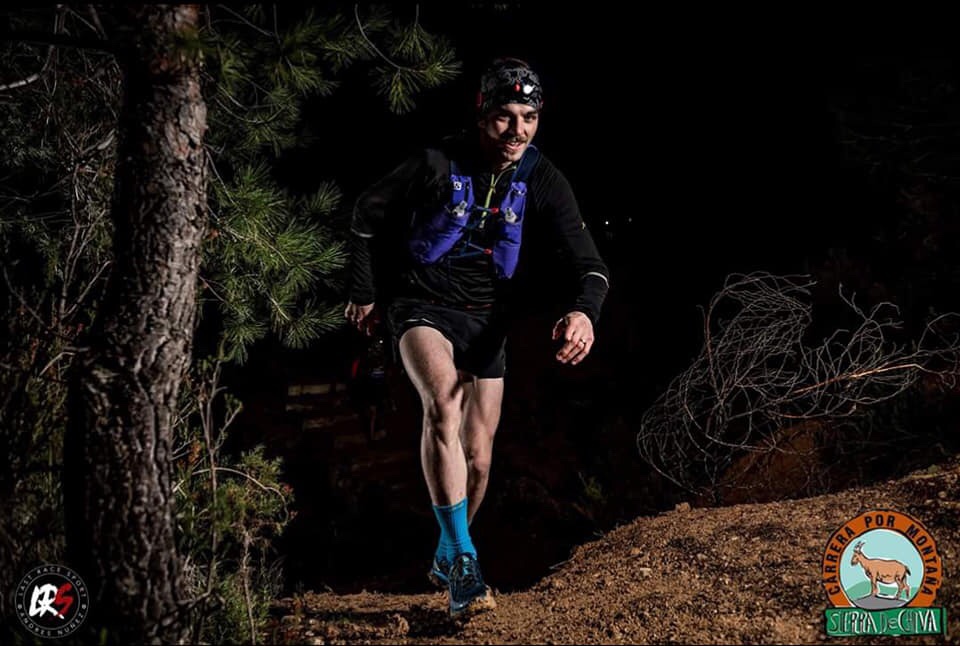