Taryn McCoy and Brian Linton teamed up for the 2016 Scottish Islands Peaks Race – an adventure race for teams of Sailors and Fell Runners on and around the most beautiful parts of the West Coast of Bonny Scotland. 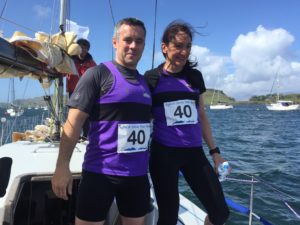 Brian also sails and has taken part in this event on 4 previous years with the same sailing crew. It’s a fantastic event, a real adventure and a race so full of variables and tactics meaning teamwork and ability to adapt are absolute key. The weather has a huge impact on the outcome of this event. This year whilst it was ideal for us as runners, getting daylight for all the run sections and even blue sky and sunshine for Arran, the sailors however got a mix of everything.

We were on a 30ft boat named Wildwood, owned and skippered by Ian Patterson with Diarmaid MacAuley and Kirk Robinson making up the crew. 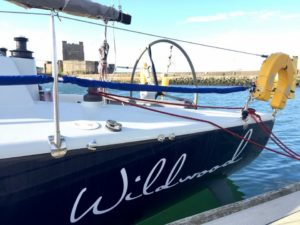 Taryn has little sailing experience. It would be more realistic to say none. However, it was quickly apparent that didn’t matter as the crew had a collective skill, knowledge and experience level that was highly impressive. This accompanied by the calm competitiveness of the crew meant for an exciting, relentless and very enjoyable race. 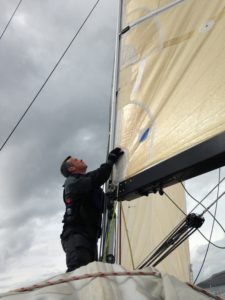 Leaving Carrickfergus harbour on Wednesday night with the evening tide, we sailed (Taryn slept) up to Oban in time to register on Thursday evening, enjoy a last supper and still had plenty of time for Brian to repack his gear 143 times. 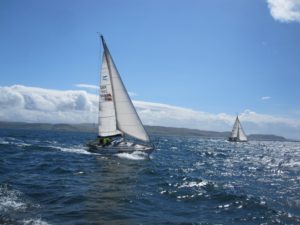 During the night the crew got a combination of all weathers, plenty of heavy downpours, all sorts of wind but not much of the fast downwind kiteable type which suits this boat perfectly (that’s as much as Taryn understands) plus a few flat calm sections which resulted in Ian taking the boat very close to the cliffs and very shallow rocky shores of the Mull of Kintyre in the dark to avoid being pushed the wrong way by the tidal flows and to gain momentum from the tidal eddies. The crew were relentless with their efforts constantly changing the sail set up to maximise every possible forward motion. The crew’s efforts were incredible, yet they appeared calm throughout. Brian helped out as crew when needed, while Taryn mostly slept. 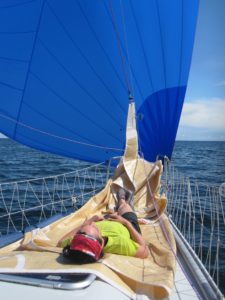 Recognising names and faces of runners from the pointy end of results sheets, we were thankful we had our skilful crew. Our aim was to get round in a steady pace, Brian keeping us on the best route and Taryn trying not to break her or Brian’s ankles descending the scree on the Paps. We had some mist and wind on top of Ben More on Mull (first time I’d experienced magnetic rock pulling the compass 120 degrees off!), saw the Paps of Jura in clear day light and by the time we got to the Arran Islands we had beautiful blue sky sunshine giving us stunning 360 degree views from the top of Goat Fell. Such a fantastic way to see the west coast of Scotland. 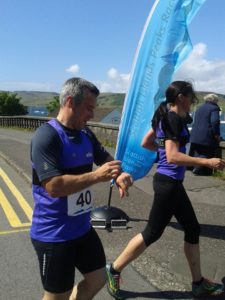 Official results still not published however so far it appears we arrived home in 7th place, out of 39 starters, and 5th in our class. 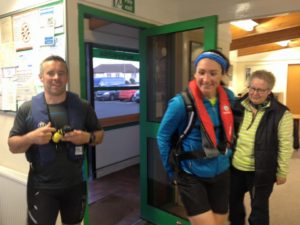 Other Barf’ers who have competed in this event on previous years are John McBride and Trevor Wilson. 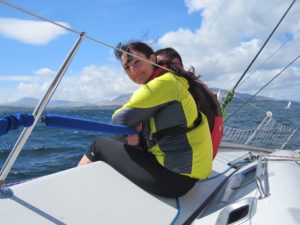 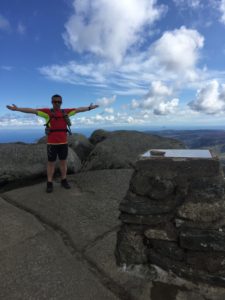 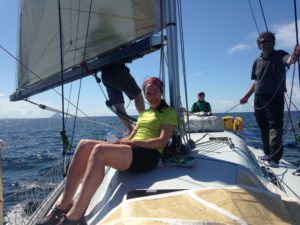 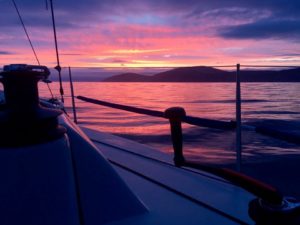 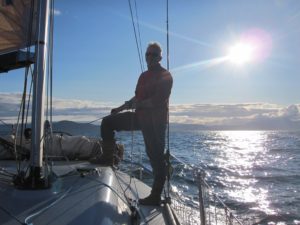 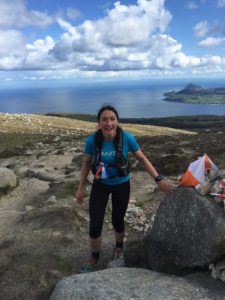 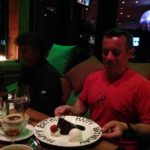