Heaven for Hell – and Hicks as well.

I had thought that the weather was going to be good for the runners this year with light winds forecast, no rain and mild temperatures, but in the event it was the humidity which sapped the competitors strength. Many a challenge floundered on the slopes of the Meels, as cramp set into legs fatigued by the long slog up from the dam over rough ground, without hardly a breath of wind to disturb the stifling air. It was a long day for many but for me it was actually a short day, as there was no associated walking event to provide late finishing weary walkers, stumbling  through the Donard woods as darkness descended.

We used a new venue, Shimna Integrated College as our base and the facilities were excellent. To ensure the courses remained  similar in length to the distance we have used for the past Twenty Five years, a lap of the playing fields was used at the start and this split up the runners before they followed a marked trail to the Donard Bridge on the Glen River. From there to the first checkpoint on Donards summit the runners were free to choose their route. Mourne Runners Jonathan Scott using the Glen River route was first to the top while Martsje Hell of North Belfast Harriers was first lady. At the marshalled position on the Donard saddle Jonathan still led with Mark Stephens close behind, but soon after this Jonathan pulled out of the race.

As the race progressed over Lamagan and Binnian, David Hicks and Neil Andrews made their moves and by the Dam Neil was the leader. David overhauled him on the long slog up to the Meels and then gradually increased his lead right through to the finish. Neil held on to second despite some cramping issues and first timer Mark Stephens of Lagan Valley orienteer’s ran steadily to finish third. 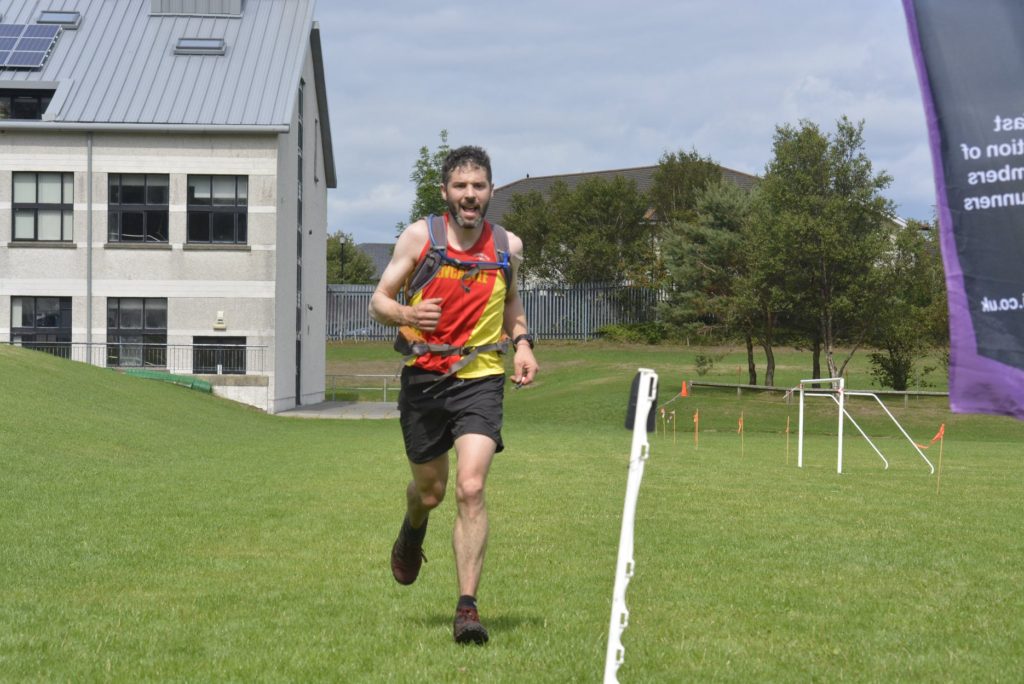 In the ladies race, Martsje led all the way but close behind Gillian Wassen and Sarah Grahame were ready to pounce (or should I say, grind past!)should she falter. There was no faltering and Martsje finished eight  minutes ahead of Gillian who in turn was eight minutes ahead of Sarah. 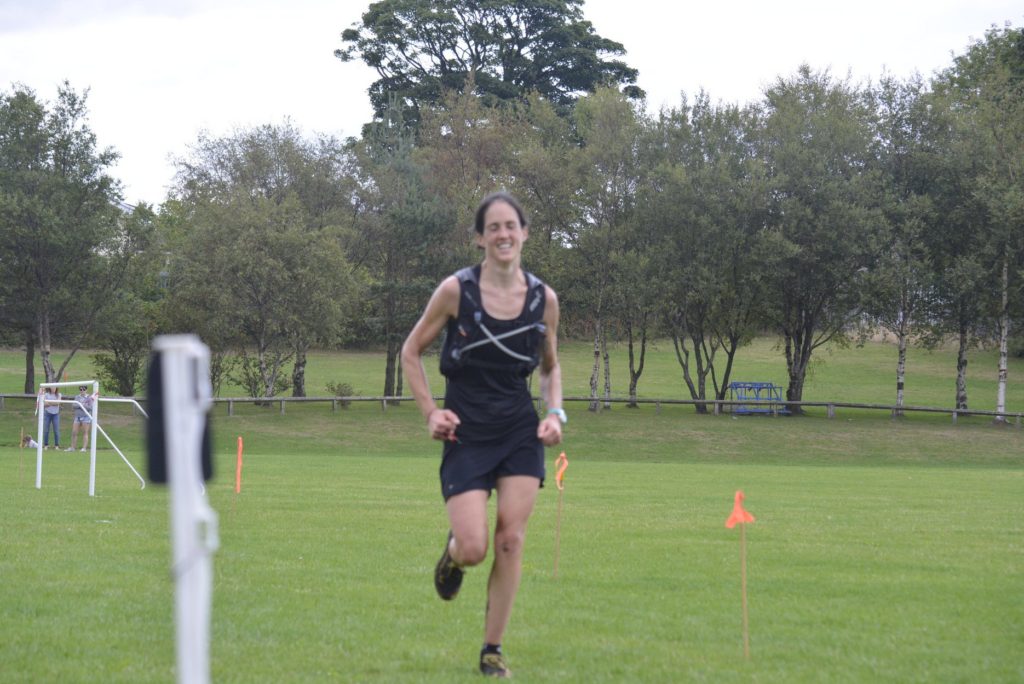 Competitors ware able to relax in the sunshine, stocking up their bodies with much needed cups of tea, soup, sandwich’s and buns, gradually recovering as they watched and cheered later finishing runners doggedly slogging their way round the playing fields to the finish line. I did see some runners prostrating themselves on the ground under the BARF flags but I doubt if it was with reverence!

A big thank you to Shimna College for allowing us to use their magnificent facilities and to all those people who marshalled ( including some Red Sox walkers, fearful of missing their annual fix of 7×7 marshalling), served food, helped with the start /finish, made sandwich’s and put out controls. A special thanks to James Carr for this expertise in running the timing system and to Willy Marks who was meant to be sweeper for half the course but in the end did the whole lot.

It was a very tough day out,  but I hope you enjoyed it. I was talking to Kevin Murdock and he tells me that this was his fourteenth Seven Sevens. Can anybody better that? Tell me next year when you can add another big day to your tally.