It felt like the Twelve Days of Christmas in the build up to this year’s race, with the weather man singing from a different song sheet each day. It wasn’t until we got to the two Turtle Doves that the decision was taken to go with the Mountain course, as the indications were that we could get the run fitted in just before the worst of the weather arrived.

This proved to be the case, and 71 hardy souls turned up for some Bleak Mid Winter action. Jonny Steede was back to defend the title he won last year. Seamus Lynch, second last year was also back, keen to continue pressurising Jonny as he has done all season. Long distance expert Eoin Lennon who ran so well last year was there as was London based Chris Smith, a two times winner of this race. Catherine O Connor who has been singing so sweetly all season looked like the potential First Nowell, er lady.

With the rain starting and clouds swirling about up ahead, the race got under way and before long everybody was following the Star from the East, Chris Smith, at a fast pace up the Trassey track. At the first col the rain had turned to snow and the strengthening wind was making it anything but a comfortable White Christmas. By the second col Chris still led but Eoin and Seamus were right behind him. Jonny was a bit further back and Catherine was in command of the ladies race.

The eventual outcome of the race was effectively decided in the descent of the slippy snow covered Happy Valley. Chris chose a route on the flanks of Slieve Meelmore while Seamus charged down the floor of the valley and Eoin went for a line between them. Who was going to be the wisest of the three wise men? Seamus, for he reached the marshal at the base of the Happy Valley first with Chris next and Eoin not far behind. For the marshal it was like he Saw Three Ships go Sailing By as they cruised off along the boggy off-camber Ulster Way, back to the Trassey track and the finish line which Seamus crossed first, just ahead of Chris, both running exceptionally fast times for such unfavourable conditions. Eoin was a minute back in third and Jonny came forth. Catherine O Connor in 24th place overall took the ladies title, ahead of Claire Withers and Sarah Graham.

The weather was now deterioting rapidly so it was a case of God Rest ye Merry Gentlemen and ladies, at the Northern Ireland Mountain Centre where mince pies, mulled wine and other goodies were served in the splendid surroundings of this magnificent facility. A big thank you to all the marshals in the hills who endured such tough conditions making sure everybody got safely round – just like Shepherds Watching over their Flocks. Thanks also To Jacksons Sports for prizes and to members of the BARF club for additional prizes (ranging from fine wine to boot polish!) and sandwiches. 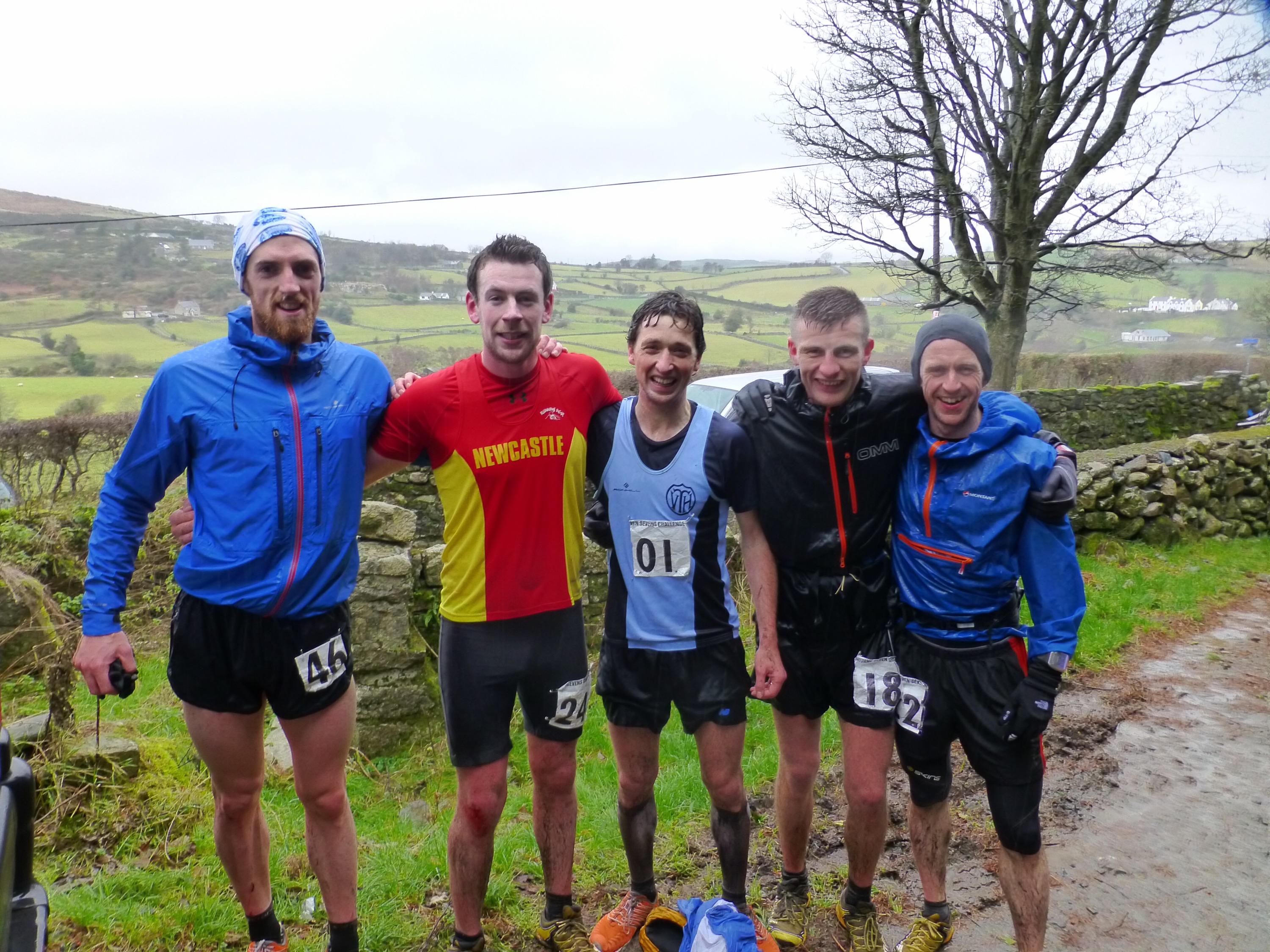 Seamus Lynch was presented with the Martin Mc Mahon trophy for the first time, then off into the murky afternoon hobbled the strained muscles masses as I hummed a catchy little non carol number in my head – We’ll Meet again some Sunny Day, – hopefully next year.