Long Distance Fred, now with a full entourage of BARF company for longer races, once again headed to the Wicklow Mountains on Saturday for IMRA’s Wicklow Way races. Lots of purple vests at the start line, albeit hidden underneath waterproof jackets. 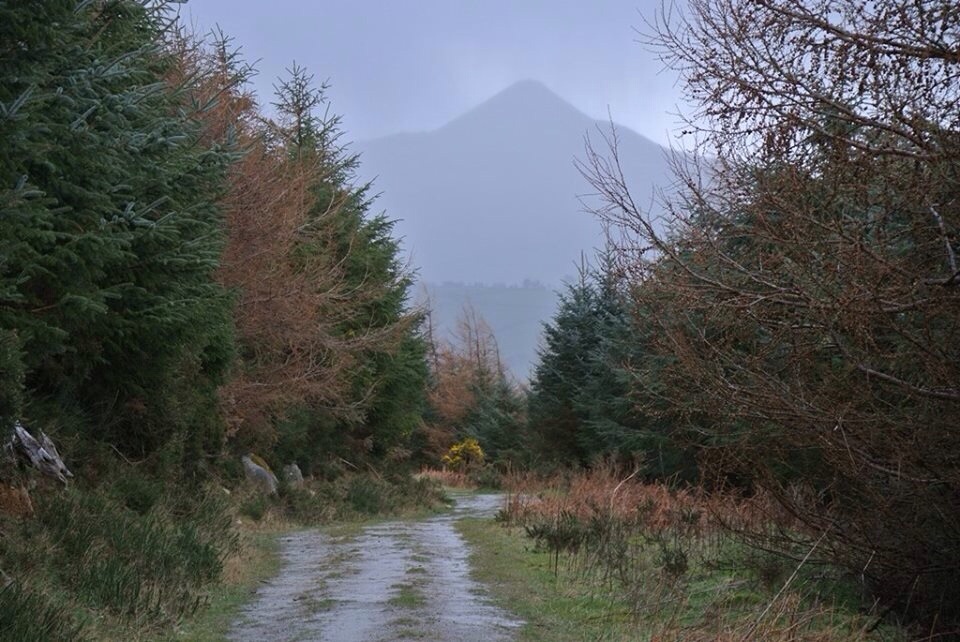 After the sunny Glenariff race it was hard to imagine it could be cold this Saturday, however the memories of last year’s frozen Wicklow Way were still vivid for many and there was plenty of advice given for warmer clothing requirements.
Arriving with ample of time for breakfast (coffee, tea & cake) and banter in the Kingston BARF bus, and the routine discussion on clothing and Hokas. 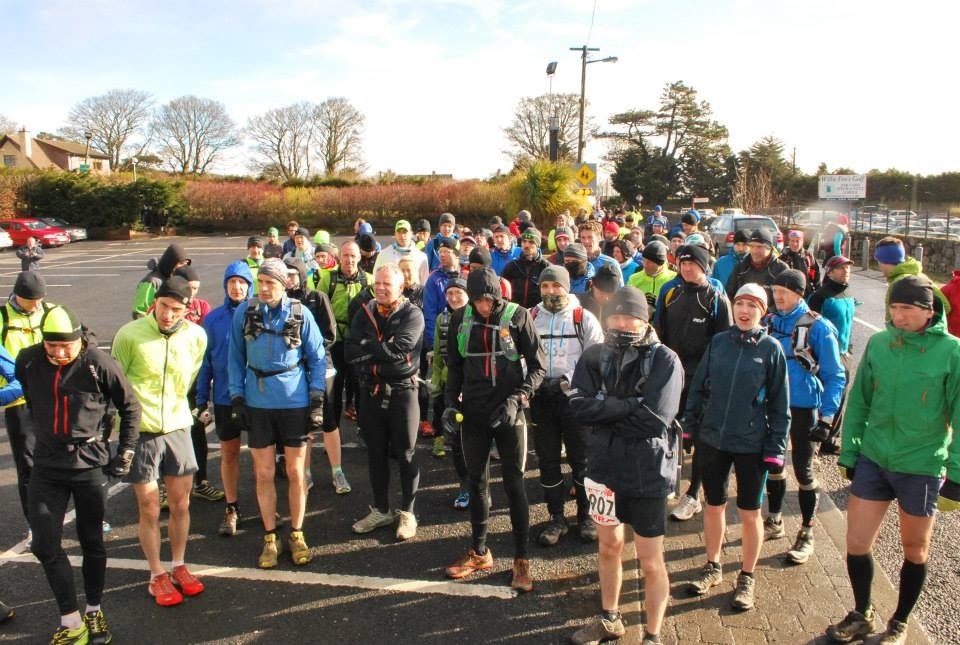 It was great to see such a large turn out of NIMRA members, all of whom are mentioned on NiRunning website http://www.nirunning.co.uk/news
The 51km ultra started at 9.30am and before long the steady climb out of Glencullen had us all removing layers. By the time we got to Prince William’s Seat the group was well spread out. Lead BARF member was Gerry Kingston, although also in front of the pack was Eoin Lennon, if Eoin doesn’t join BARF soon we might just adopt him. Relatively new to the ultra running scene Eoin already has incredible strength, if he continues with this form he’ll soon be getting confused on the result lists with another Eoin. (Note, when I say ‘relatively new’ I mean relative to all those old timers in BARF ;))
Eoin finished in 3rd place behind Justin Maxwell and Paul Tierney and just ahead of Dale Mathers. Gerry was 22nd, seems like all that core work with his new digger and building hobby is paying off. 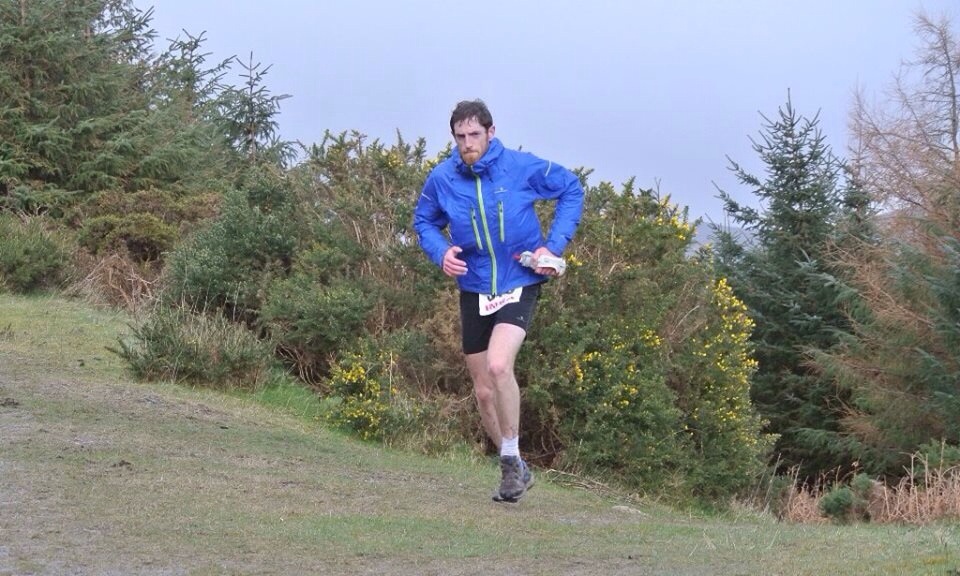 Gareth and Taryn, along with some of the Murlough and Newry men, were running a similar pace as they headed towards Crone. This was Gareth’s first ultra distance race so being cautious he was staying well within his comfort zone, unfortunately for him this meant he had to endure Taryn’s chatter for the worst part of 15miles. On their heels were Martin and Dave keeping a comfortable pace, their legs well used to this sort of distance with their regular training runs along the Mourne Way. Brian Linton and Jackie also keeping pace, also well accustomed to the long distances. 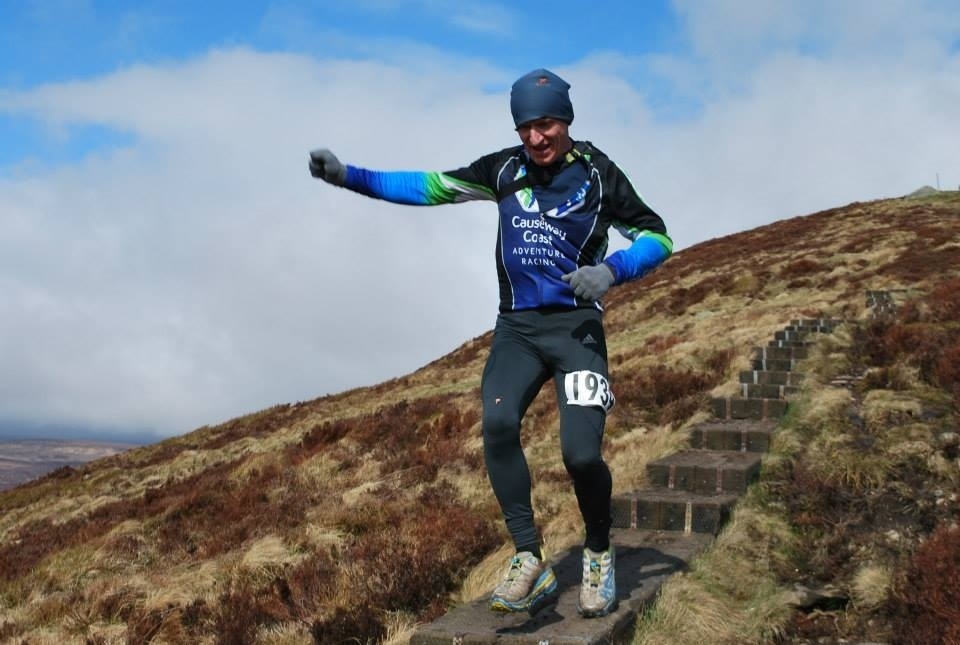 Gerry’s secret was to skip along the boardwalk!

The sun was actually shinning and the stunning views over the Wicklow mountains were enough to take our minds off tiring legs, passing Powerscourt waterfall and then onto the more exposed Djouce Mountain. Here the weather changed and was more similar to that at the start line as we headed into the wind. The wind, THE WIND. Jeepers where did it come from? Suddenly full and alert concentration was needed to avoid being blown into the cold looking bogs on either side of the boardwalk. A sideways lean, whilst trying to run, whilst trying to balance at least made for some entertaining photographs. Gareth and Taryn were concentrating so intensely they didn’t even notice Aaron chatting to them as he passed in the opposite direction. Although in their defense, Aaron didn’t even notice Lough Tay. Dave was unlucky and was caught by a gust that blew him off his feet. Landing with his face hitting one of the sleepers and resulting in blood & nausea. He continued with Martin to the turn around but sensibly called it a day. Frustrating for Dave as he had plenty left in the tank and is on great form at the moment. 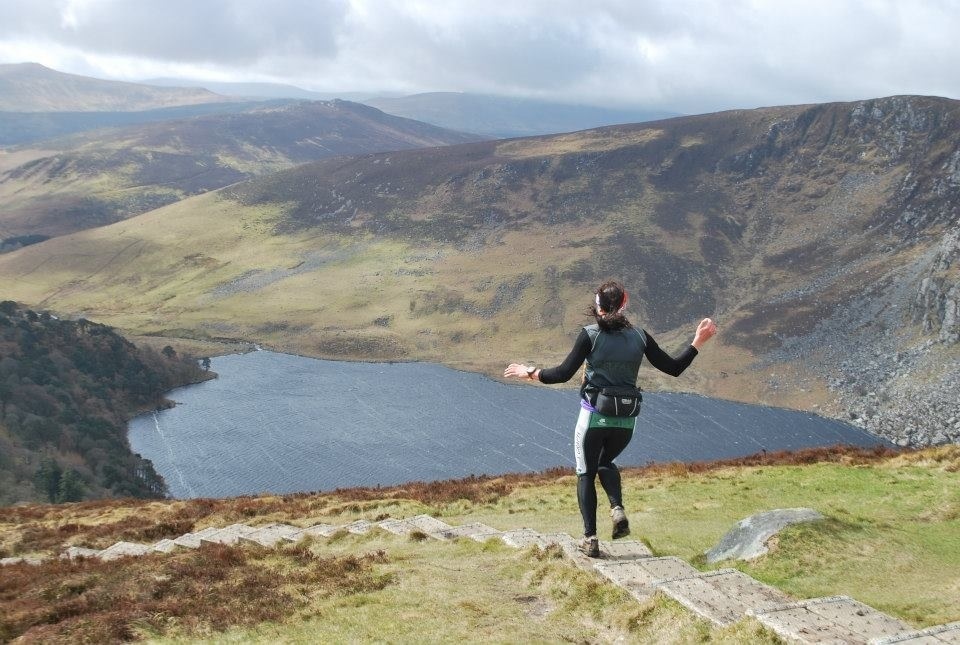 The Trail Race started at 12 from Ballinastoe carpark, following the 26km route back to Glencullen. A handful of the faster ultra runners would have already reached the halfway turn around point before the Trail runners were unleashed. It was a rewarding boost to be greeted with all the fresh friendly faces as we headed down the forest tracks to Ballinastoe, except for one ultra runner who was a little panicked that everyone looked so fresh and running up hill, “Are they ALL ahead of us? Are we that far behind?”
Smiles from Clark as he ran past, amongst the pack heading towards us, along with Orla & Declan who run with BARF on Thursday nights.

The great thing about an out & back race is that you get to see where everyone is. However Taryn’s heart sank when she turned around and realised Denise Mathers, Amy Masner and Martina Nolan were all within a few hundred meters. Just as your legs are beginning to tire, with 15 miles to go, the last thing you want to remember is that there are 4 females all such similar speed. The muddy terrain of Djouce suited both NIMRA runners and Denise and Taryn took advantage. Denise being 1st female last year and on good form this year training for her Bob Graham attempt in May, however unusually for Denise she started to get serious cramp in her legs. For the next 10 miles she yo-yo’d with Martina and Amy trying to persevere through the cramp, finally finishing in 3rd place a close 15 seconds ahead of Amy. Denise deserves a lot of admiration for that grueling return leg.

Coming off Djouce Taryn passed John McBride and a few words of encouragement from John gave her enough of a lift to break away from the following 3 females and chase after Donna Mclouglin who was in the lead, eventually finishing 6 minutes behind Donna and very delighted with 2nd place.

Just as the finish line came into sight, and thoughts of a warm fire and cool pint in Johnnie Foxes started to become a reality, the sky turned dark and an almighty hailstone shower pelted down. It would nearly have been invigorating, if you’re legs still had any feelings. It was all worth it though, especially when handed beautiful pottery hand made by Hillary Jenkinson, when crossing the finish line. 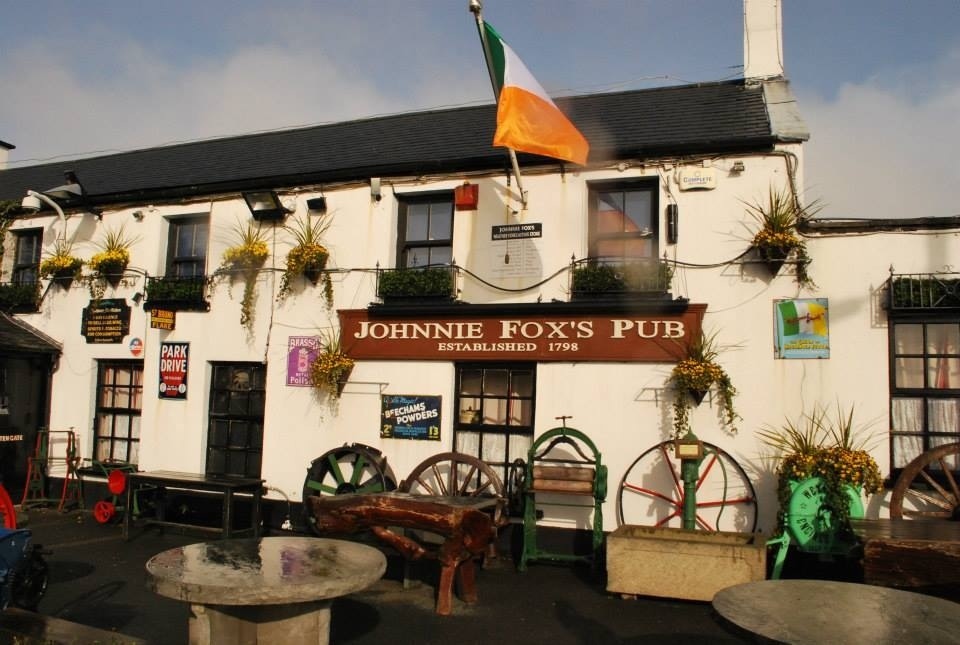 There is always a relaxed sociable atmosphere about this event, even with the howling wind and flakes of snow at registration this year. Maybe the friendly atmosphere is because it’s the start of the season, maybe it’s due to the out and back route that takes in such beautiful Wicklow scenery, or because it starts and finishes at Johnnie Foxes pub. Maybe it’s because the IMRA organisers Dermot Murphy and Richard Nunan have such a fantastic patient attitude, or maybe it just reflects the type of friendly people the Irish ultra runner breed tend to be. Whatever the reasons, the camaraderie amidst the runners and the encouraging smiles and words from all the volunteers make this event a favourite.

In the words shouted by Fred, as we ran along the river by Lockandarragh, “Arf, Arf”

So, who all’s up for a Barf team entry for the Wicklow Way relay in May then?